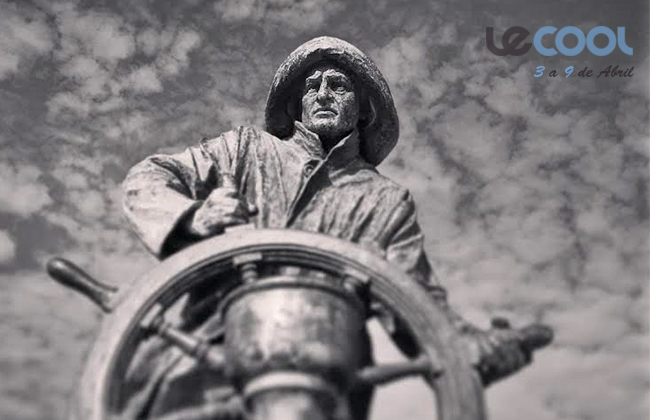 By LeCool Porto in Entrevista

Bianca is a unique person like all of us, but to be honest she´s more unique then most of us. She was born in Austria, but her soul belongs to the world. For the last 5 years she hasn´t stopped moving around, always searching for inspiration and new experiences. She studied Media Design, but she´s way much more than that. Porto is her last station for now, and unfortunately, she´s leaving but with promises of Até já. She leaves us with her work, “The Invisible City”, and let me say that the result of it is outstanding.

Join us in this amazing journey, and let´s get to know the person behind this bright mind.

Le Cool (LC) – Bianca, how did you end up in Porto?
Bianca Tschaikner (BT) - I came here as a resident of the artist residency DE LICEIRAS 18 – I had visited Porto last spring when I lived in Galicia, so I knew that it would be an inspiring place to live and work for some time.

LC – Can you tell us about your project that you developed here?
BT - I came to Porto with another project in mind, but then the idea of The Invisible City took shape while I was walking through the city and wondering about some things I came across, things I wanted to find out more about. For example the stairways of the truths – why were they called stairways of lies before, and why was their name changed? How did the Cricket Church get its name? What do the angels on the azulejos of the church’s façade say, and what would they say if they were painted today? I figured that Porto was full of interesting details to discover, so I wanted to play around with these things and create something interwoven into the mysterious atmosphere of Porto, some sort of artistic riddle.

The Invisible City of Oporto, which is a pun on “The Invincible city of Oporto”, consists of 10 images, drawings I made, that are hidden in several places in the city and are associated with their environment and/or historical subjects in different ways. The project involves history and fantasy, astronomers and explorers, angels and gods, fables and poems…

But the images won’t reveal their meaning, they will remain mysterious to those who come across them by chance on the street, although I built in some hints so the really curious might be able to find out some things with a bit of effort. Then I created a secret map, printed in a limited edition, which indicates the locations of the ten images, and also explains their meaning and their story, which also includes some lesser known historical facts about Porto and Portugal – there was a lot of research and exploring the city involved in the project, so while working on it I really learnt a lot about Porto!

LC – What fascinates you?
BT - I’m fascinated by many things, maybe too many for one life. The Invisible City of Oporto involves many of my interests in one or the other way, things like art, language, riddles, astronomy, poetry, history, antique culture, mapmaking, exploring…

LC – Where’s the next stop?
BT - I’m going to the United States, where I’ll be involved in a collaborative project called “the heart project”, and I’m already pretty excited what will expect me there!

LC – What’s your idea of Porto?
BT - Porto is of a strange melancholic, enigmatic beauty, and it’s a paradigm of elegant decay. It’s a city full of history and mysteries; it does not reveal itself to you immediately – there is always something new to discover. It’s slightly confusing with a touch of absurdity, and the people of Porto are the friendliest, most welcoming people I’ve ever met in Europe.

LC – Is there any city similar to Porto that you may have visited?
BT - I think Porto is a pretty unique city, but it has some things in common with many of my favourite cities – like a history that reaches back hundreds and thousands of years, an old town with a maze of alleyways, a rich cultural heritage, mystery, beauty, decay, a body of water and an air of irreality.

LC – Are you going to come back?
BT - I guess I might one day – also to check out what will have become of The Invisible City.

LC – Thank you very much for this fantastic interview Bianca. We wish you the best in the world, and we hope you keep up with your fantastic work. We also leave the links of your work, so people can know more about it!

“The Invisible City of Oporto” will be exhibited at OFICINA – Café Criativo in Rua Torrinha 151 until the 19th of June.

Interview by: David Magalhães in Candelabro